Moseley is one of the most popular and desirable suburbs in Birmingham. Still retaining a village feel, much of the area was built in the period between 1850 and 1910 around the historic centre and St Mary’s Church on the junction between Wake Green and Alcester roads. On the Alcester road in Moseley today there are many independent boutique shops, restaurants, and pubs. From Moseley it is just a brief drive to the city centre making it a favourite area for professionals with their families. Much of the housing comprises handsome Victorian and Edwardian villas in the Arts and Crafts style. The area also boasts Moseley Park and Cannon Hill Park and has been home to writers, musicians, and leading politicians in the past.

Moseley is a pleasant cosmopolitan residential area three miles south of central Birmingham. It developed from a rural village into a fashionable suburb between 1850 and 1910 by which time the former large country estates had been split up to form housing developments. A great stimulus to this was the opening of a railway station linking Moseley directly to the centre of Birmingham and the spread of the tram routes. (Sadly, this has long since closed but see below)

Moseley is now a suburb of Birmingham centred on the Alcester Road (A435). From Moseley it is only 10 minutes to the city centre by car or bus, new train stations in Kings Heath and Moseley will be built by 2021 will massively improve the transport options. There are also excellent bus links across the majority of the West Midlands. The Alcester Road as its name belies gives direct access southwards to Alcester and Redditch. 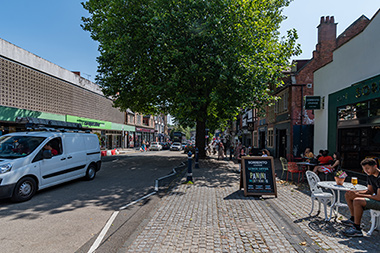 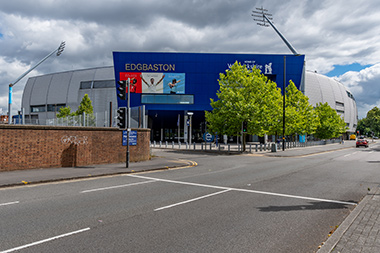 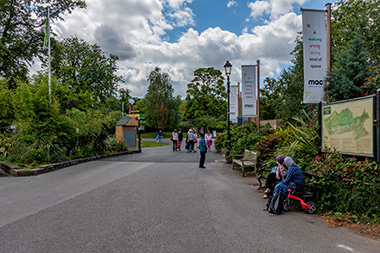 Highbury Hall was the home of Joseph Chamberlain and stands in extensive Victorian Gardens and was gifted to Birmingham on his death. The largest estate was Moseley Hall.

Moseley Pool and Park has been saved to the present day, a truly hidden gem and a relic of Repton's landscape. Within the park, the icehouse which served Moseley Hall has been kept and recently restored.

After the 'explosion' of Victorian developments there has been a gradual further infilling of land; initially with large Edwardian houses and then smaller residences. Over the years, many of the larger houses have changed from private homes into multi-occupation or developed into small estates of houses or block of flats. Two Conservation Areas have now been established in the centre and around St Agnes, helping to preserve this pleasant place.

A particular feature is the wonderful Cannon Hill Park famous each year at the time of the tulip festival and which is also home for the Midland Arts Centre.

Warwickshire Cricket Club lies opposite although Moseley Rugby Club have moved to nearby Billesley Common.

There is an excellent shopping centre although somewhat cosmopolitan and several schools. There is a wide range of Victorian homes ranging from individual detached to large semis and also terraced houses. Much development was carried out just before and just after the second World War with some fine individual homes. There is also a very wide range of flats from one bedroom in small developments to the luxury apartments in Britannic Park.

J. R. Tolkien lived for a time in Moseley in Wake Green Road and many of the ideas for the 'Lord of the Rings' came from the surrounding area. Moseley Bog is believed to have provide the inspiration for Middle Earth as did Sarehole Mill. 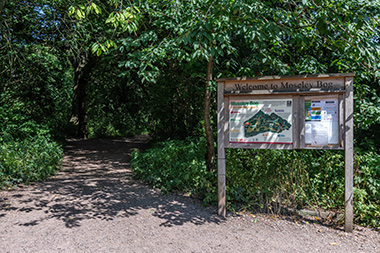 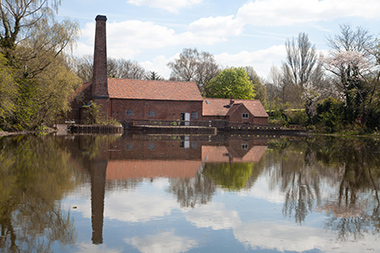 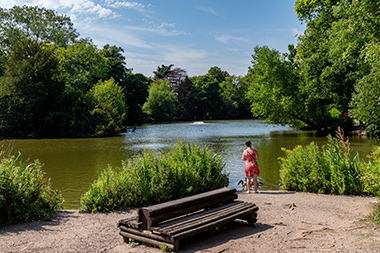