Bournville is one of the most attractive suburbs of Birmingham and amongst the most desirable places to live within the UK. Packed with green spaces and attractive housing, Bournville is indelibly linked with the Cadbury family and their chocolate factory. The Cadburys built Bournville as a model village for their workers in the late 19th and early 20th centuries. The Arts and Crafts style houses and Mock-Tudor terraces that form much of Bournville are greatly sought after, and the area still maintains its village feel with the historic Village Green being at the heart of the community, where the bells of the carillon can often be heard across the village. Within Bournville there are excellent primary and secondary schools, a train station with links into the city centre, a number of parks, and many community facilities and events.

The name Bournville is synonymous with chocolate including a dark chocolate bar that was branded "Bournville". The origins of the name however are not in chocolate itself. The Cadbury family moved their business making chocolate, to an area on the south side of Birmingham in the late 1800s, as it was cleaner and healthier and provided for their long-term expansion plans. Although rural it was close to the railway station and the canal giving it first-class transport links. A river called the Bourn Brook ran through the area and the Cadbury family bought a large amount of land to create, at their own expense, a model village and named the area Bournville. By 1900 the village included 313 cottages.

The "Bournville Village Trust" (BVT)was set up in 1900 to manage the estate, independent of the Cadbury family, and The Trust focused on providing additional services including schools, hospitals, museums etc. Over the next hundred years, the area grew substantially with the Trust owning the freehold of all the land around and organising the development with a great many new houses and services. They insisted on controlling the style of all the properties on the Estate, and indeed the design of any extensions, to ensure the character of the area was maintained. The Estate spread out from Bournville to cover parts of Northfield, Selly Oak and Shenley; you know immediately when you enter one of these areas by the distinguished style and character of the properties.

It is now a conservation area and is widely regarded as one of the most favourable areas to live in Birmingham where the value of the property is much higher than the surrounding areas. Apart from the excellent schools, shops other facilities, one overriding feature of the area dating from the Quaker Cadbury family is that there are no pubs or licensed premises in Bournville. There are good public transport links with buses and the Bournville station lies on the cross-city line between Lichfield and Redditch. The A38 road linking Birmingham city centre to Bristol also runs through the area and it is only a few miles from Junction 2 on the M42 motorway. The Queen Elizabeth Hospital and Birmingham University are also only a few miles away.

Selly Manor Museum dates from the 1500’s and has become derelict, it was rescued by George Cadbury who had it moved to its current site and rebuilt to give a wonderful example of life in that
period.
Schools
Search of local schools, enter the post code where you hope to move to https://www.birmingham.gov.uk/directory/24/birmingham_schools

The area covered by the Trust is shown in the plan below,  coloured yellow, turquoise, orange and pink. The yellow area is known as BVT Bournville, the turquoise is BVT Northfield, orange is BVT Selly Oak and the pink is BVT Shenley. 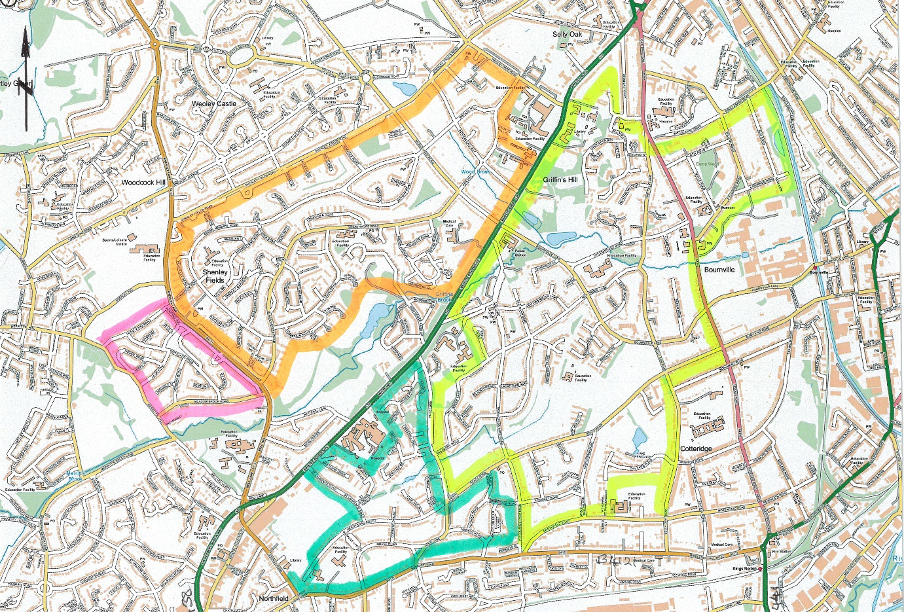 The Rest House on Bournville Green 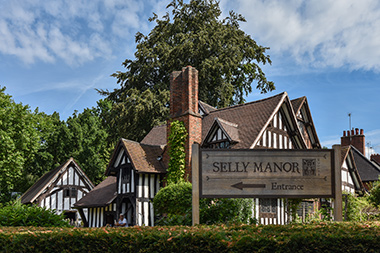 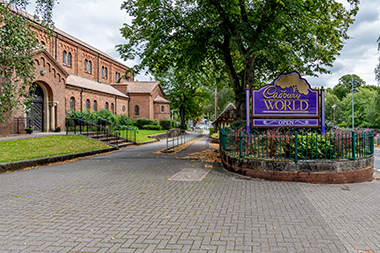