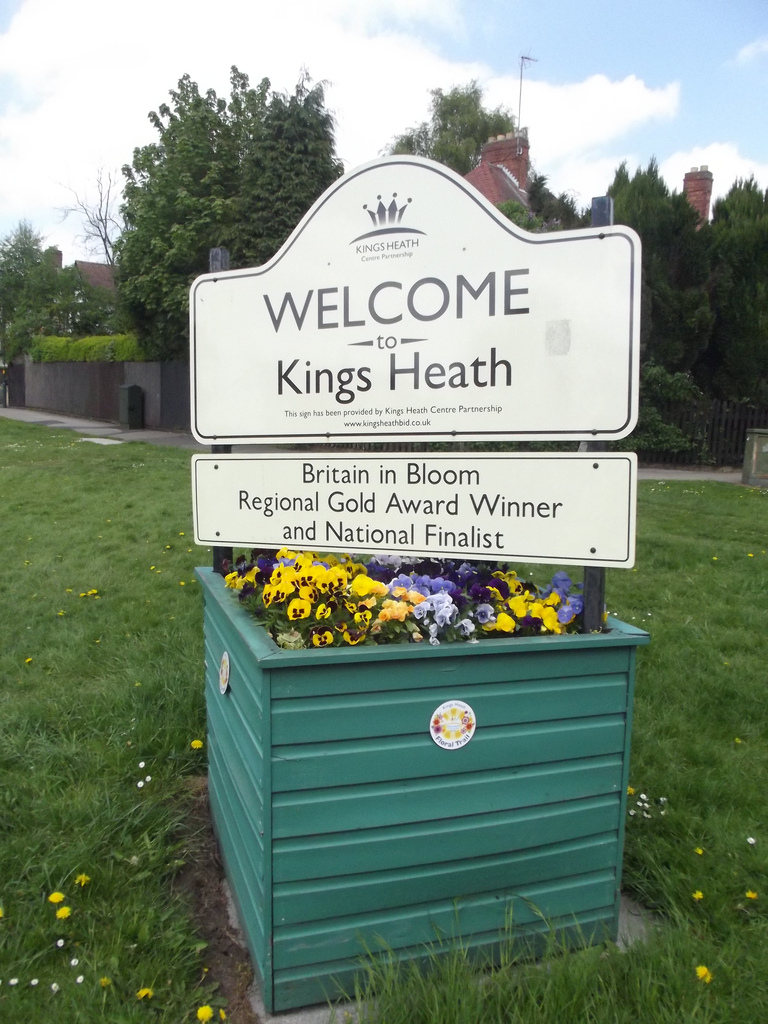 Having emerged from Moseley’s shadow, this area, and in particular the high street, is firmly establishing itself as a bohemian independent place.  You can find many cafés and bars selling vegan wines, artisan breads and craft beers.  The best thing is though, it’s not at all pretentious; the owners of these places are simply putting out produce that they’re passionate about and it shows.

It’s no surprise therefore, that this combined with its open green spaces is making King’s Heath a very popular area to invest in property with rented properties range from £550 p/m for a one bedroom flat to £1,100 p/m for a three-bedroom terraced house. *

The 35 acres of Kings Heath Park was the first urban park in Birmingham to achieve Green Flag status.  It’s not just open green space however, but a great facility with a tea room, bowling green and two playgrounds for ages 1-5 and 5-12 years.  The Birmingham Park Rangers hold many interactive sessions across Birmingham’s parks including weekly ones in King’s Heath.  On Tuesdays there is an Active Parks walking session from 10:30am to 12:30pm and on Thursdays there is an outdoor family learning Active Parks "Down To Earth" session from 10:30am to 12:30pm.  For both of these, you should meet by the Park House.

Hickory Dickory’s play centre in the heart of King’s Heath has two separate play areas for under 5’s and under 12’s and can also lay claim to having one of highest slides of its kind in the UK!  Besides the expected ball-pits and climbing frames, the area for older children also has ball firing cannons in and around the ball pools and super bouncy trampolines.  The onsite café encourages healthy eating so you don’t have to bring a picnic if you’d rather avoid burgers and chips.

Run Away to the Circus!
For something really different, we recommend you try out CircusMASH, a circus centre based in the heart of Kings Heath.  They provide circus workshops and events for anyone brave enough to “let the circus run away with them”!  This half terms features A Nightmare At CircusMASH – a fancy dress circus skills workshop where you can learn aerial, acrobatics, clowning, juggling and balance.  These workshops are suitable for 5-8 and 8-16 years and there will be prizes for the best fancy dress outfit!

*Please note these are approximate costs to be used as a guide only, prices are dependent on location and individual properties.  Statistics from Robert Oulsnam Lettings office.