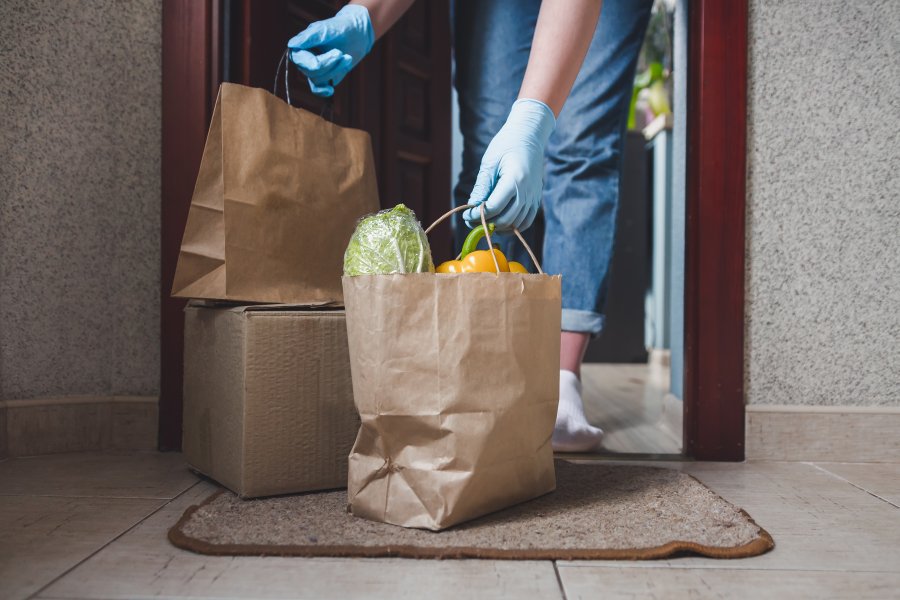 In the sapce that would usually be filled with pub-goers, music and drink, it's now lined with food parcels. The Station Inn, the only pub in Kings Heath with a beer garden, is now filled to the brim with tinned foods and pasta, all destined for the locals who are struggling amongst the pandemic.
COIVD-19 has affected many varities of people, from schoolkids to pensioners being amongst the 15,000 locals that have been supported by the Station Inn. With close to 100 parcels being sent out a day, this will go a long way to helping feed those in need.
Pub owners, Darren and Adele have enlisted the help of generous volunteers to ensure the smooth running of the operation.

"Nowadays there's so many people who are struggling who would never have struggled," Darren explained.

"They don't really want to ask for help, they're too proud. There's no voucher. I believe there's too many loops people have to jump through.

"So no questions asked they can just come and we'll give them food."
The food bank heavily relies on donations but when the stocks run out, Darren drives around supermarkets and other organisations to ensure there's parcels for those who need it the next day. Darren also went on to say that he still fears even when the pub can reopen, as there will still be a massive need for the food parcels going forward.

Darren and Adele are also collecting laptops to distribute out to local schools who are struggling with the amount of the devices they have.

How can you help with the food bank?
Donations can be taken to The Station Inn, 7 High St, King's Heath, Birmingham B14 7BB. Any non-perishable food is welcomed as a donation, such as the following items: